Does the print-derived term, 'above the fold' make sense in a mobile world?

The concept of the fold transferred over to web design from the print practice of having the juiciest stories on the top half of the newspaper – the part which could be seen when it was folded and put on the shelf. But in an increasingly mobile landscape, is the term now defunct? 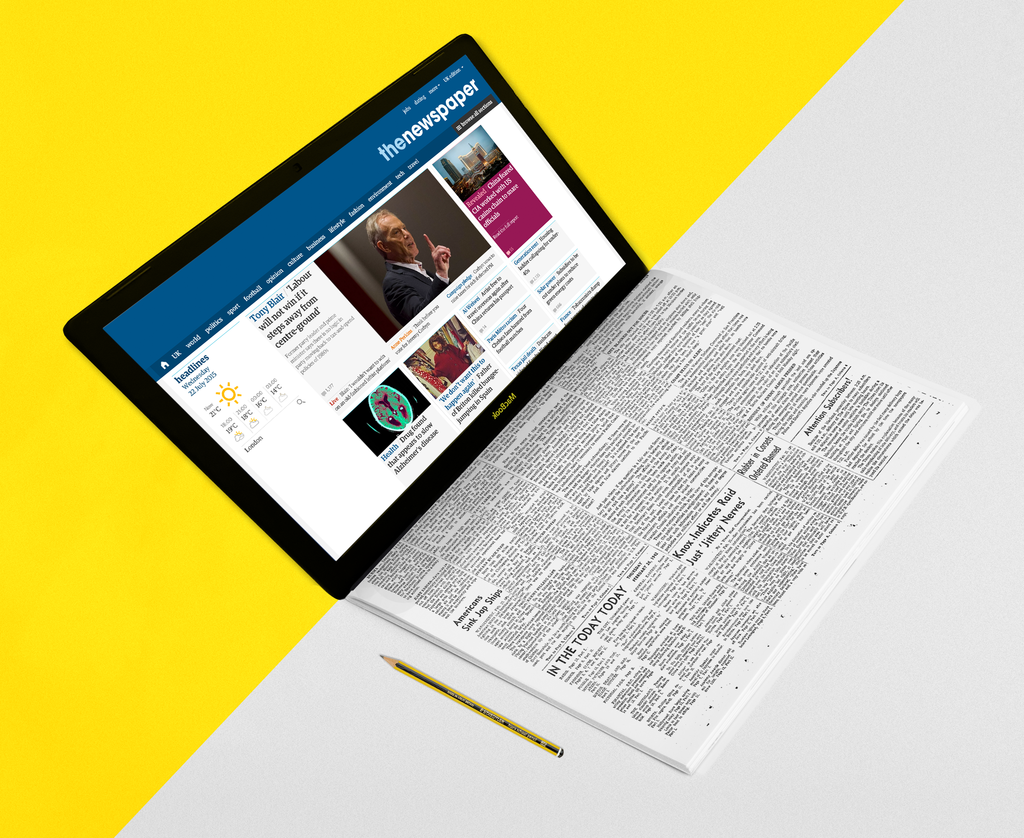 It's an idea that has long been raised by clients, designers and advertisers to support layout decisions, interface design and advert placements. In reference to websites ‘above the fold’ simply refers to what you can see before you scroll and therefore the thinking is it’s your first and most important impression of the screen.

Start at the top

In the early days of web design many people focused on putting everything important above the fold at the expense of navigation and user experience. However, placing your carefully selected and most important content right at the top of the screen doesn’t always ensure its visibility.

According to recent research, the 100 pixels just above the fold were viewed 102% more than the 100 pixels just below the fold. So is most valuable screen real estate a specific spot just above the point at which people scroll? And is this where you should place your call-to-action? In a multi-screen world the key to success is to place calls to action at the point where people have become convinced to act.

Thin line of the wedge

Research on the fold is consistently inconclusive. Chartbeat reported that “66% of attention on a normal media page is spent below the fold.” However, the Nielsen Norman Group revealed that “users spend 80% of their time looking above the fold.”

Mobile devices are becoming ever more significant when designing and writing for the web, so what does that mean for the fold? The smaller screen experience means the expectation of scrolling is there from the start of any user session. Although the time and space in which a user decides if they are going to scroll is shortened, their digits are poised on landing. With multiple devices the idea of a single fold fails to account for the fluidity of the user experience.

The effectiveness of placing advertisements above the fold on a horizontal screen is also being questioned. According to recent findings "Vertical viewing accounted for 29% of view time last year, compared to 5% five years ago ... Snapchat’s vertical video ads have a 9x higher completion rate than horizontal mobile video ads." Advertisers who are adapting successfully to this preferred vertical view are reaping the benefits.

Lasting impressions are worth more

The content that is visible and accessible when you arrive on a page, in comparison to what’s not, will have an impact on user experience regardless of screen size. But focusing on what's presented first should not lead your thinking.

Creating a good user experience is about helping people make choices about the content you present to them. Every interaction and journey should be well thought out and intuitive. And if data shows something doesn't work for people, it should be changed. First impressions count but a lasting impression is far more valuable.

To talk about how to improve the user experience for your customers.